Pictured above is Alan Fetcher, a trust fund millionaire with Councilor Saria Rivera hanging out together at a concert in the park.

It is a picture of everything that is wrong with Worcester.

Worcester has been taxing small commercial businesses out of the City. Want to go shopping? You will need to go to Blackstone, Auburn, or Salomon Pond. There isn’t much retail left in Worcester. We continually are above the state average in unemployment as there are few jobs in the City. The downtown development is all about high-end residential rental property that will allegedly be filled with residents that want to commute to Boston for employment.

Residential tax rates are excessive. Commercial tax rates are even worse. Worcester hits small businesses with crippling taxes. And there will only be more tax increases. They are now exploring new ways to tax your gas, your retail purchases, and property.

But, we don’t tax rich, politically connected developers! The City Council is full of alleged Progressive Democrats, backed by the Socialist Alternative, that are pushing their brand of crony capitalist trickle-down economic theory.

Every time they say that the tax break is a “win-win” the taxpayers are getting the short end of the bargain. Their argument is a follows “we wouldn’t get that tax money if we didn’t give the tax break, so it is a win-win.” Truth is, if we didn’t continuously cut deals with the rich and politically connected, we could reduce the overall tax rate for commercial businesses and thus we wouldn’t need to hand out tax cuts for the wealthy and politically connected.

By now you have probably noted that I keep writing wealthy and politically connected. The reason is simple, in Worcester, you must be both. The system is pure crony capitalism for the wealthy only.

Which brings me back to the above picture. Alan Fletcher is about to be handed a massive tax cut on his property in the Canal District to the tune of $838,000.00. Trust me, he already knows he has 10 votes. So, here he is hanging out with Councilor Saria Rivera, a member of the Economic Development Subcommittee that just days before approved of Mr. Fletcher’s tax break. His audacity would be admirable, if it wasn’t so appalling.

Of course, Councilor Rivera was placed on the Economic Development Subcommittee by Mayor Joe Petty. She knows the deal. She is supposed to vote for every rich and politically connected member of the boy’s club to receive tax breaks and she does her job!

She owns this burned down church that continues to contribute to economic blight, the opposite of economic development, that she mortgaged for $85,0000 and then tried (but was voted down by Council 7-2 when her corruption was exposed) to have the taxpayer’s pay for its demolition. The first loan was in September 2013, a two-year, $40,000 loan at 9 percent interest; the other was taken this past January and was for four years, $45,000 at 11.2 percent interest both loans with Pedro B. Toro, a private financier. Anyone else not politically connected would be receiving daily fines for failure to clean up the site:

She doesn’t pay her bills as can be seen from her court records where she owes $638.68 for failing to pay her credit cards. In fact, she didn’t even bother to go to Court and was issued a default: 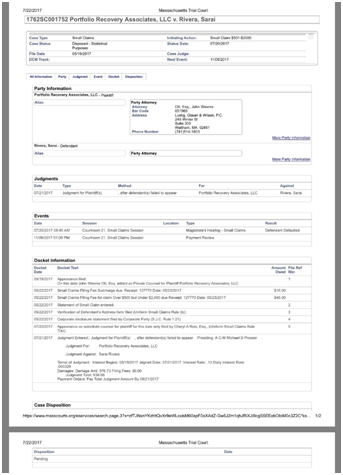 She didn’t pay her mortgage on her property on the West Side, which is the truth as to how she came to move to Main South. It wasn’t out of love of the neighborhood, it was because she had to sell her house a Complaint was filed on December 20, 2002, by GMAC for foreclosure:

In 2015, she received a HUD mortgage reduction of $46,238.17 on her current property due to her alleged inability to pay for her mortgage: 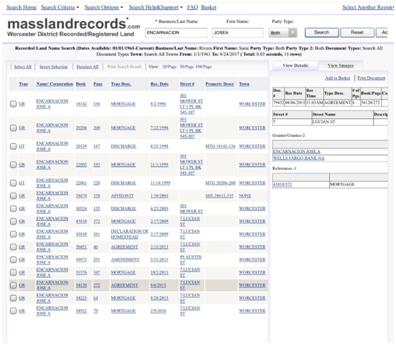 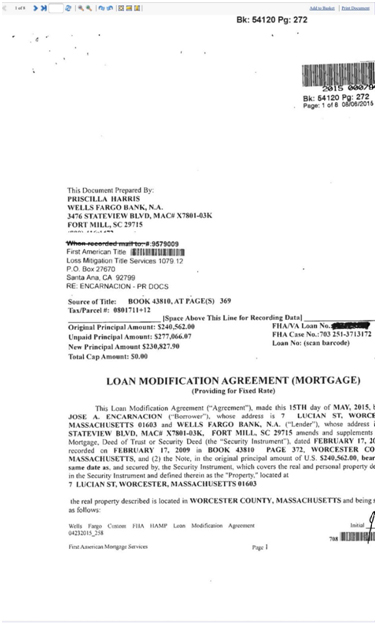 Yet, within 22 days, she took a subordinate loan with HUD on the property for $64,347.31 and then another on February 9, 2016 for $45,000.00 with Pedro B. Toro, a private financier. She’s drained every dime of equity out of her current home by mortgaging it for every dime (To be clear, she was approved for a federal loan modification program because she allegedly couldn’t afford the loan outlined above and then went out and then refinanced every penny out of the property):

Not exactly the best qualified candidate to sit on the Economic Development Subcommittee if the goal was economic development in Worcester. But that’s the point, Worcester is controlled by the political elite that they don’t even try to hide it. They use identity politics to divide and then drink their fill of the spoils. They are not controlled by ideology, they are driven by greed and a lust for power over others.

The absolute contempt that is shown for the taxpayers by the political elite is unacceptable. Mr. Fletcher knows he will get his tax break and openly flaunts his political power. He will make millions while our seniors and struggling families will be turning down the heat this winter to make ends meet. Our small business owners will continue to leave the City as they can spend half the amount on taxes in the surrounding towns as they do in Worcester.

So, while they continue to talk about the Worcester Renaissance, remember who’s benefiting, because it isn’t the rest of us.