The Empire Strikes back: U.S. Rep McGovern calls in the T&G

The Empire Strikes back: U.S. Rep McGovern calls in the T&G

The other day, we ran an article about Congressman McGovern’s support for an amendment to the H.R. 1 bill that would allow 16 year olds to vote. The idea was universally rejected and has been rejected by voters everywhere it has been put to vote.

Apparently, McGovern and company didn’t like his support for the amendment being mocked, so the Telegram and Gazette (T&G) came to the rescue.

Here’s the headline: Effort to lower voting age is gaining support – Many states, including Massachusetts, allow 16-year-olds to preregister to vote

Gaining support? The only support it has is with the usual suspects. And, preregistering to vote is not the same as being able to vote, but the T&G has no problem making that very disingenuous association.

To be clear, the article wasn’t an As I See It, as an editorial, or written by a columnist. It was from an alleged journalist reporting as if it were fact. The entire article was based on innuendo and false premise. While claiming that lowering the voter age is gaining support, the article cited the fact that efforts to do so have been defeated. But, when reading the title and all the name dropping in the article, one would get the impression that there was a public movement to support lowering the voting age.

The T&G is deliberately providing misinformation under the guise of journalism for the benefit of the “McGovern crime family” as so named by Jim Polito on WTAG.

It is often asked how these politicians get elected, the truth is that there is either inaccurate or a complete lack of reporting on what our politicians are up to.

Has the T&G provided any critical analysis of McGovern’s support for the H.R. 1 bill?

How many people know that the ultra-left ACLU opposed it stating it “would violate the First Amendment rights of American citizens”? 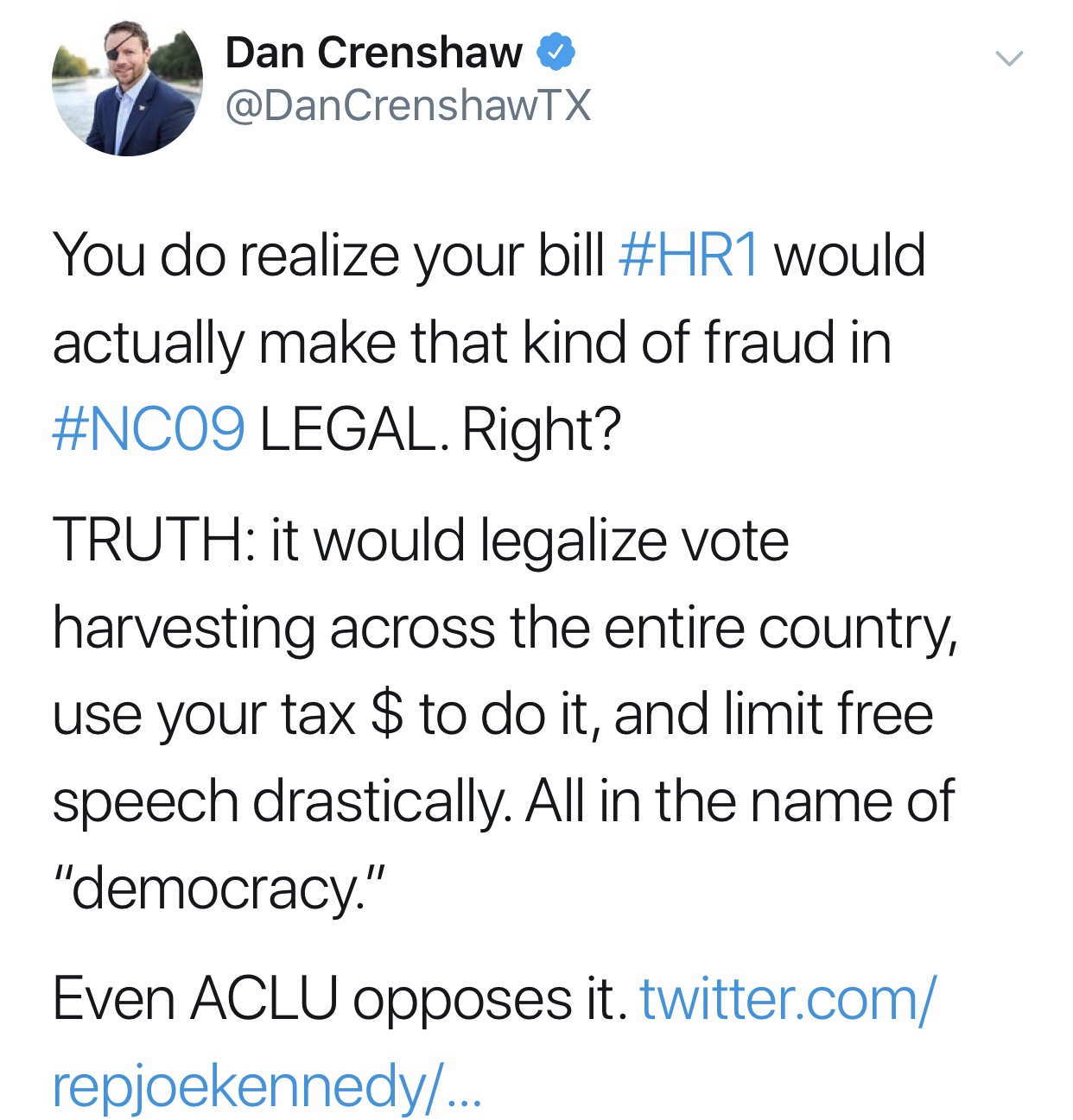 Instead, the T&G does a fluff piece that attempts to provide McGovern cover by changing the narrative.

The T&G’s article mentions State Sen. Harriette L. Chandler’s sponsorship of H. 720, ‘An Act ensuring municipal participation of the widest eligible range” and other democrats that support the bill. But, but it doesn’t mention that it is a wholly partisan effort to deliver votes to keep the democrats in power.

Since the T&G wants to mention Chander’s bills, how about critically discussing her petition S.1209, ‘the Roe Act’, which allows for abortion up until the moment of birth?

How about the T&G have one of their “reporters” ask why the following City Councilors and School Committee member sought out the endorsement of Planned Parenthood and thus support infanticide:

Whether you think abortion until birth and removing parental or consent of a Judge is good or bad, knowing what your elected officials think about a topic is more relevant than the constant barrage of meaningless talking points the voters will be fed this election cycle. But, real journalism died in Worcester many years ago.

In its effort to portray that there is public support to lowering the voting age, the T&G was somehow able to get a quote from Mayor Joe Petty. It is surprising that Petty had the time to give McGovern cover on this one given that he hasn’t had the time to discuss the corruption in the Elections Department at City Hall and how his relatives and interns somehow came to be employed in that department.

Maybe the City wouldn’t need a new affirmative action plan if it could just shut down the nepotism stemming from Petty.

In case you were unaware, the “Worcester Crime Family” got caught firing a young woman (that had previously worked on Chandler’s campaign) due to a friendship and it is one article. The biggest corruption story in Worcester in a decade gets one article in the T&G! Nothing on the interconnections and players involved in the scandal. Not one bit of follow up, except for at press time where conveniently, no one was available.

Do you know who runs the “civics day” activities at the Worcester High Schools? If you guessed the very corrupt City Hall, you would be correct. If you also guessed that Chandler and her democrat friends are the speakers on civics day, you would also be correct.

Once again, the T&G doesn’t bother report on the possible motivations behind the laws being sponsored by our elected officials. The most likely reason why is that it is deliberate.

For articles on McGovern and H.R. 1:

For articles on the corruption in City Hall:

For articles on Worcester City officials and Planned Parenthood: