Let’s be honest about what makes the other two-thirds of Worcester unattractive to live in. It’s trash.

I’m not writing about the west side with the manicured lawns where the majority homeowners’ biggest complaint about trash is when it blows out of a recycling bin or the cheaply made, but overly expensive city trash bags that fall apart easier than a wet paper towel. I’m writing about the other two thirds of the city whose streets are lined with trash.

My prospective on the matter comes from living in both areas and actually going out and cleaning up the trash. It also comes from endless debates on what to do about the trash that pollutes the city parks, vacant lots, and streets. 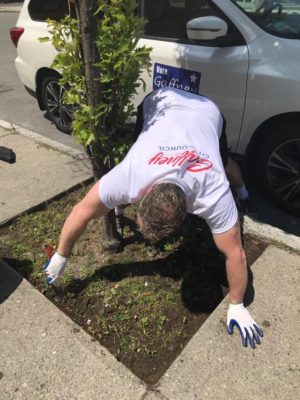 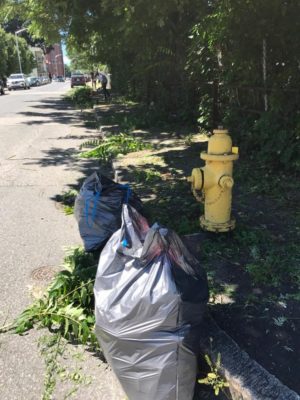 A city can slowly chase its residents and businesses out with never-ending tax increases, but there is no quicker way to lose a neighborhood than to allow it to turn into a trash heap.

A recent article in the New York Post on why people are leaving New York City (other than due to high taxes) discussed the following issues:

“What really matters is the everyday stuff: Do the subways work? Do they leave and arrive on time? Do they smell like port-a-potties? Is the garbage piling up? Are the streets clean, safe and orderly? Can you get around town to do business and live your life, or is it an ordeal every time you set foot outside of your own neighborhood? Can you get to the airports easily? Are the schools worth a damn?”

I’ve argued about the inability to transverse Worcester many times, but it isn’t a short-term fix, nor would it be cheap. Fixing the trash problem is much simpler.

It’s not about what size or shape of the recycle bin or the use of clear bags and yellow bags to sort the trash. These are just red-herrings that no one seems to want to resolve or think past. It really doesn’t matter as to solving the issue for the majority of the city.

There are two main issues with Worcester’s trash program.

The first issue is simple: one cannot buy trash bags in many of the poorer areas in the city. I lived in Main South, the access to market places where the city trash bags are sold is limited. Simply working with local retailers to ensure that the ability to purchase trash bags would go a long way to resolving the trash problem. There is a basic supply problem caused by a lack of access that can be easy solved and help to reduce the amount of illegally dumped trash.

The second issue is also simple, but not as easily to accept or address: The city trash bag program is a tax. Worse, it is a tax on getting rid of trash. In lieu of higher property taxes, residents pay for the use of the city’s trash services on a per-use basis.

Worcester’s residents are poor and are getting poorer (except for the City Manager). Many simply can’t afford to pay the tax for each trash bag.

“According to a study done by the website 24/7 Wall St. (https://247wallst.com) – ‘The 20 cities hit hardest by extreme poverty’ – Worcester had the 20th biggest increase in its concentrated poverty rate from 2010 to 2016 among all metropolitan regions in the country. . .

The poverty level in the continental United States is set at an annual income of $25,100 for a family of four, according to the U.S. Department of Health and Human Services. Meanwhile, the number of Americans living below that income level climbed from 12.7 percent to 14.2 percent between 2010and 2016, according to the 24/7 Wall St. study.

But the 24/7 Wall St. report said that since 2010 the share of Worcester’s poor population living in neighborhoods where at least 40 percent of the people live below the poverty line increased by 3.6 percentage points, to 12 percent.

Yeah, better re-elect Mayor Joe Petty and the rest of City Council. Great job. Keep telling us about the “renaissance”.

Of course, in response to the trash problem, the City Council and Manager decided that the best solution was to increase the cost of the bags! Only Councilor Lukes was quoted as expressing a concern about the affordability of the bags. Meanwhile, Councilor Bergman wanted to increase the penalty to a criminal matter, blaming it on non-homeowners (he really seems to hate poor people and non-homeowners).

Yes, I’m familiar with the anecdotal argument that claims that the poor can afford non-necessities, but the numbers don’t lie and are trending in the wrong direction.

Either Worcester addresses the inability of some to afford the bags or they will continue to expend significant funds cleaning up trash (or incarcerating people).

The cost of trash in the city parks, lots, streets, etc. isn’t just in the removal, it turns people away from neighborhoods and businesses. The indirect costs are more substantial than the direct costs.

In fact, many neighborhoods and business are paying for removing the trash by using their own city trash bags and paying for trash barrels.

The solution is to set aside some of the monies used to clean up the trash and/or use some of the millions that the City Manager builds into the budget for his end of the year “found cash” party and simply give trash bags to the poor. There are plenty of systems in place to make this an easy process to accomplish.

Either address the real issue or continue to stand on your sanctimonious pile of garbage because the obvious solution of acknowledging that people can’t afford the city trash bags somehow bothers your sensibilities.