Worcester City Councilor Morris “Moe” Bergman has some serious questions to answer. (This is part one of a three part series – I reserve the right to expand the series should further information develop.)

Today’s question is why he would be part of a group that is so anti-intermarriage that they would put out a statement that “portraying a family, presumably Jewish, celebrating both Jewish and Christian practice as a sort of ‘new normal’ is at best insensitive and at worse, an affront to Jewish tradition…”

If Bergman is part of a group that finds intermarriage an “affront”, what does he think of an interracial marriage or same-sex marriage? It’s a fair question.

Here is Moe Bergman listed as a member of the Worcester Orthodox Council. It appears he joined as a run up to his first successful election in 2013: 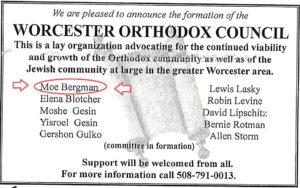 Here is a complete copy of the letter to the editor that the Worcester Orthodox Council sent to The Jewish Chronicle in January of 2013: 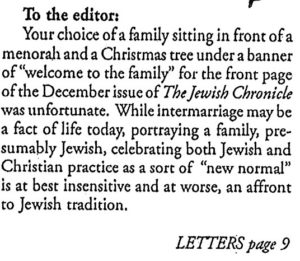 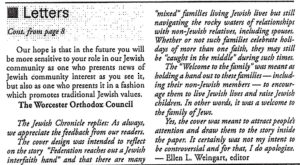 Bergman is part of a group that states;“the choice of a family sitting in front of a menorah and a Christmas tree under a banner of ‘welcome to the family’ on the front page” is “insensitive” and “an affront”.

How can Bergman be a member of a group that holds such prejudices against other faiths and claim to represent all the various faiths and cultures found in Worcester?

Here is the cover and article that offended the Worcester Orthodox Council’s sensibilities: 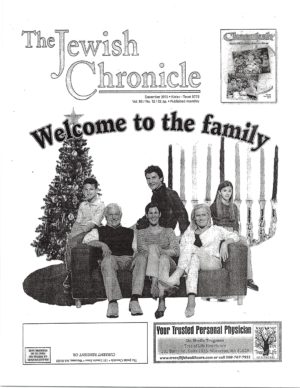 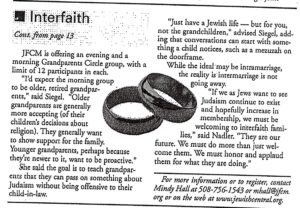 The article is about bringing families together that celebrate diverse religions in a positive message. Yet, Bergman is part of a group that clearly does not celebrate such diversity and inclusion. Worse, the group thought it necessary to write a letter to the editor protesting the portrayal of a diverse and inclusive family.

It is hard to imagine where their prejudices end. 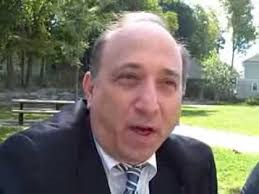 As I remember, Bergman was spinning a story on how the problems with Worcester are because of the WASP community to a giddy former School Committee Member, now candidate, Tracey Novick.  The host of the show tried to cut him off, but Novick kept babbling like a giddy school girl. Is there any race or religion that Bergman does like?

If Bergman is part of a group whose prejudices can’t handle inter-faith marriage, is it likely that he would support same-sex marriage or interracial marriage?

This is America. Bergman is free to his opinions, prejudices, and beliefs should be choose to maintain them. But, he should be honest about them with those he claims to represent and he should provide an explanation.