Councilor Moe Bergman has more explaining to do. (This is part two of three – in part one, we explored Bergman’s involvement in a group against intermarriage)

Bergman allegedly had a conversation with Margaret Melican, a contributor and attorney for Aidan Kearney’s failed blog – Turtleboy Sports (now commonly referred to as the “rat blog” as Kearney has been selling out his writers, sources, supporters, and his own mother). Before I get into the conversation, let’s keep in mind that Melican wasn’t truthful about her involvement in the Turtleboy Sports blog when she came before the city for appointment to a board and she’s been reprimanded by the Board of Bar Overseers for inappropriate conduct.

That’s her on the left wearing the Turtleboy Sports sweatshirt at some protest at before or around the same time she was denying being a blog contributor: 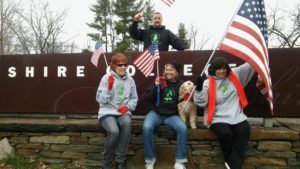 And he she is with the Turtleboy contributors back in 2017 (Kearney burned most bridges and sold most out by now):

As with Bergman, Kearney aka “I am Turtleboy” and his so called “Turtleriders” are the people judging the character, appearance, and financial status of others…

Melican has been a longtime Bergman supporter. Her messages to Kearney are replete with alleged communications from Bergman that she was asked to relay to Kearney.

In an effort to get Kearney to publish a hit piece on Councilor Krystian King, Bergman allegedly told Melican that “King once said that if they couldn’t get new city councilors in by voting, they would get new ones in with bullets.”

This is the guy that was calling for an armed insurrection? Seriously, Bergman?

Admittedly, King has accomplished about as much as Kate Toomey, which is approximately nothing, but at least he looks good doing it. A photo of the rest of the Worcester City Council actually makes the 1980 Boston Celtics look like GQ models.

Here is the conversation between Melican and Kearney: 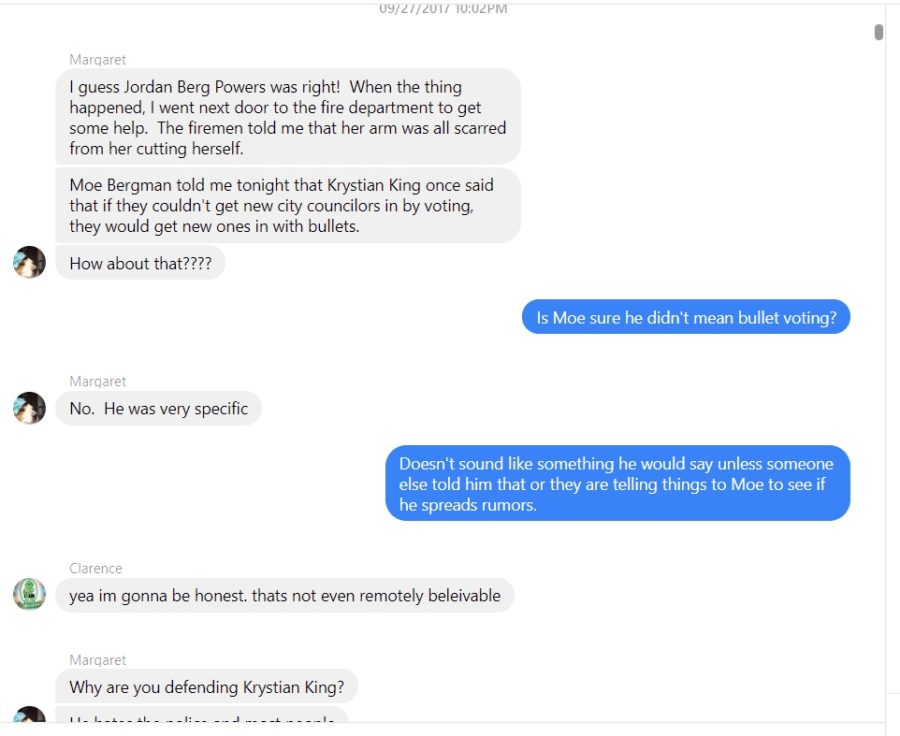 “No he [Bergman] was very specific”

“Why are you defending Krystian King” 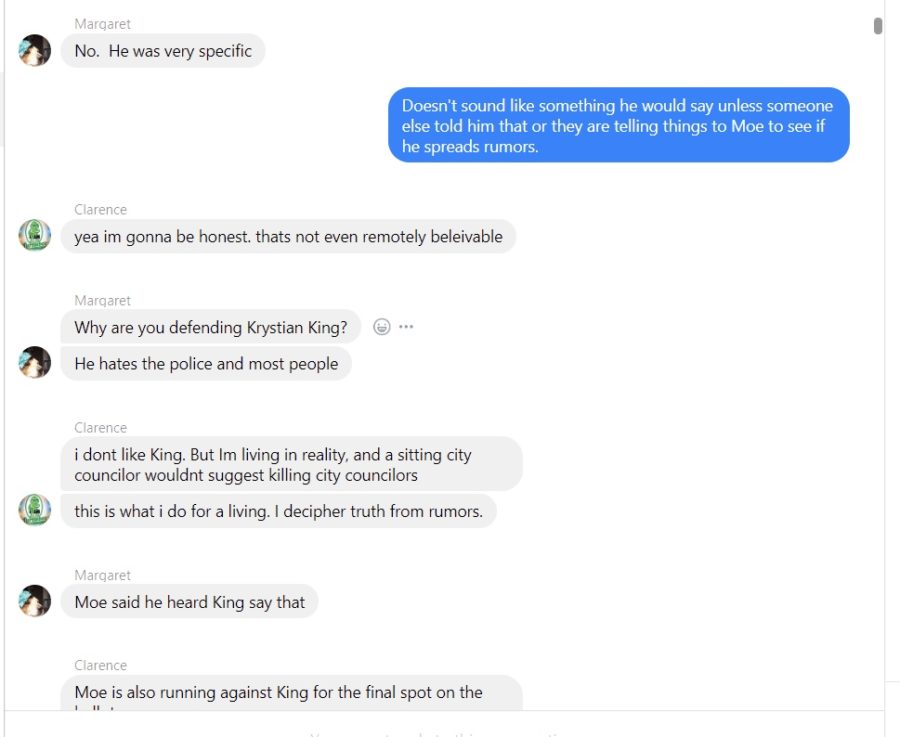 “He hates the police and most people” 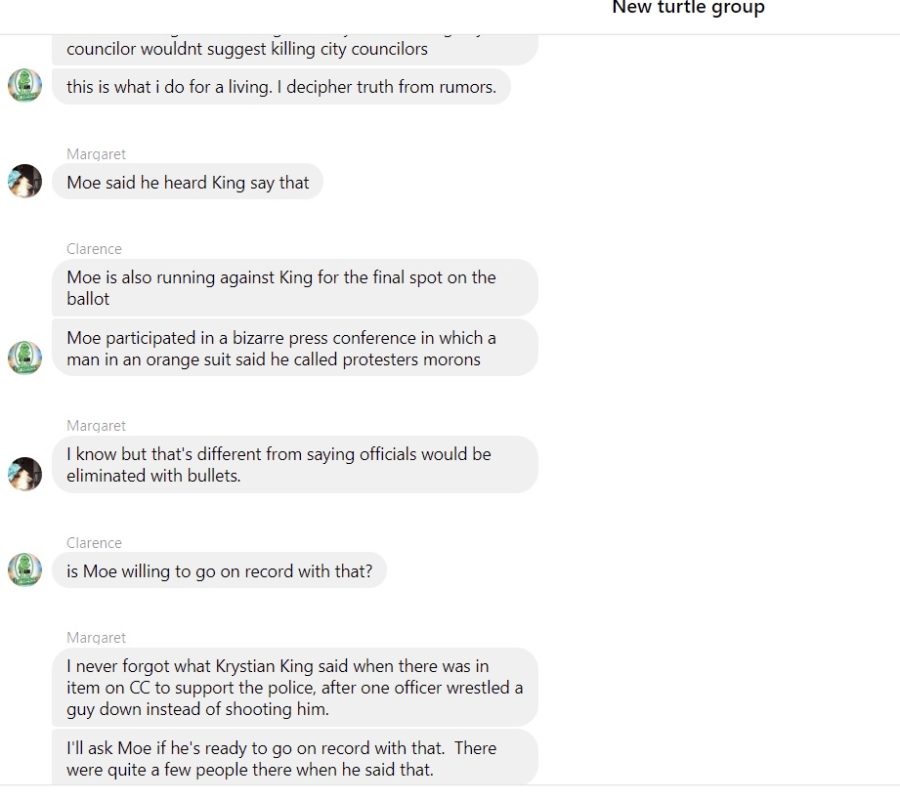 “I’ll ask Moe [Bergman] if he’s ready to go on record with that.”

Needless to say, Bergman didn’t go on record with any such thing. And don’t think for a second that Kearney didn’t want to publish it, he’s just didn’t want a lawsuit (he’s currently being sued in four different courts in two states and begging for money and an attorney on the internet).

As you can read Melican insists that Bergman told her that he heard King say it. You can further see that Bergman was struggling in last place with his campaign. Melican was constantly advocating on Bergman’s behalf, allegedly passing on messages from him to Kearney as above.

Keeping in mind that Bergman was part of a group against inter-faith marriage and now with this alleged conversation with Melican, it seems like Bergman may have issues with prejudice.

Bergman’s alleged statements to Melican seem to fit a pattern, then again, Melican doesn’t seem to be a very reliable source as has been outlined.

How does Melican have a job teaching at Quinsigamond Community College? Setting aside her vicious messages and her lies to the City, her performance evaluation on Rate my Professor includes: “She was horrible to deal with. She was always late, swore like a trucker. When she did show up she never had anything planned. She would let us leave early, I didn’t feel like I got anything out of this class at all. She was also confusing told us one thing about assignments, then another thing through email or text.”

Are Melican and Kearney a reflection of the values of Quinsigamond Community College?

Bergman is sure to throw her under the bus and deny everything, so should someone that lied to the people of Worcester be teaching and influencing young minds?

Then again, should Bergman be representing Worcester?