What is wrong with Worcester and how to fix it

What is wrong with Worcester and how to fix it

I’m sure the pie-in-the-sky Worcester reactionists will have a fit over the premise that anything is wrong with Worcester. I can’t say I blame them with the constant and steady dose of constant propaganda being they are being fed.

Never mind the paid for propaganda from “alternative media” which I’ve already written about: Propaganda: You are consuming it and don’t even know it

But, unfortunately, the local “news media” also continuously produces fluff pieces such as this: 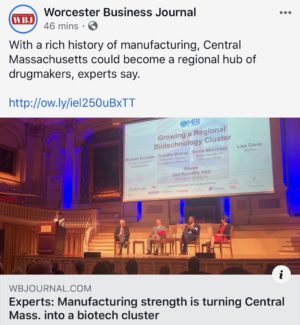 (Generally, the Worcester Business Journal is a good source of information. I’m actually using them as an example as they are the least egregious of the local news media.)

If you just read the article title and didn’t read the article closely, you might assume that real experts weighed in and that Worcester’s biotech industry is booming. Neither is true. Worcester is getting the scraps of the $1.5 billion dollars in state seed money to fund biotech growth and the article is loaded with “ifs”, “buts” and “maybes”. It is an article without substance.

Worcester should be proud of its biotech, but as with the “Medical City” nonsense that was peddled 25 years ago, it’s just propaganda.

Or this completely misleading headline:

At the time of publishing the article, one of the three developers had already pulled out of the old Boy’s Club property, but they had a fluff piece that they had to get pushed out regardless. Further, the developer for the Auditorium is a non-profit that wants to rent the property to Becker College. That’s a zero sum tax gain. Sure, there will be a redevelopment, but it isn’t going to fix the fundamentals that are wrong with the city.

Oh, and another recent article: 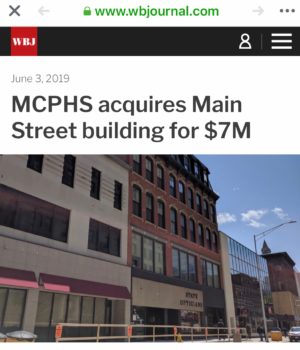 That’s more property off the tax rolls, but we will cover that in a moment.

What is wrong with Worcester?

It’s not the poor. It’s not people not caring enough about the poor. (Yes, Worcester has the fifth highest percentage of homeless students among US cities. According to MSN.com, the Worcester metro ranks 20th out of cities hit the hardest by extreme poverty. Since 2010, the share of the poor population living in neighborhoods where at least 40% of the population live below the poverty line INCREASED by 3.6 percentage points to 12%. The number of Worcester neighborhoods in which at least 40% of the population are poor doubled from four to eight.)

It’s not drugs. It’s not people not caring enough about addiction. (While opioid deaths have been decreasing in Massachusetts, they have actually gotten worse in Worcester.)

Those are symptoms, not the problem. Unfortunately, those in charge don’t have any creative vision – other than taxing and spending – to solve the problems.

Let’s look as some of the real problems:

The Worcester region lost 4,600 jobs last year while the state and the nation are booming. Unfortunately, the use of regional data is actually WORSE for Worcester.

Allegro Microsystems and Primetals Technologies announced they are both leaving the city taking with them tax revenues, business revenues from companies serving them and their employees, and approximately 665 jobs. Allegro is moving to Marlborough while Primetals is moving to Sutton. Both are moving due to the high tax rates in Worcester and better facilities.

Not only did the region lose 4,600 jobs, but Worcester lost jobs to the region that lost jobs as local employers moved out of Worcester to surrounding towns.

Hanover Insurance also laid off another 250+ or so employees last year as well. It is clear that the majority of jobs lost in the region were from Worcester. Further, if you haven’t been paying attention, Hanover Insurance sold off its most profitable division – one that carried them in down years. Now they are “competing” in the personal lines industry against Progressive, GEICO, etc. Hanover is one of the city’s largest employers.

Unfortunately, Worcester has been pushing the college expansion into downtown just as demographics are hitting the state’s third largest industry. Enrollment continues to drop and has lost 5.5 percent in the last five years. As the college expansion is non-profit, it does little to help the tax base, but it is certainly an industry that is about to experience a major bubble and reorganization.

Less than 1/10th of 1% growth. Despite the steady feed of feel-good stories, Worcester’s growth is a rounding error above zero.

The only real growth in the city – other than taxes – has been in the non-profit sector.

And the data refutes the propaganda every single time.

We already know that the only new ideas coming out of City Hall are how to find new ways to increase tax revenues, hand out tax breaks to the select few friends of the administration, and spend taxpayer monies on “investments”.

The data is clear, tax and spend policies are failing Worcester.

How to fix it:

Bottom up budgeting instead of top down: Stop building the budget around what department heads want to spend. The budget must be built around what the residents and businesses can afford. (Not just the well-to-do tax and spend crowd, but the working poor and those on a fixed income.)

Release the American dream for Worcester residents: The policies of taxing local businesses out of the city while handing out TIFs to corporations and wealthy developers must stop. Taxes must be lowered on businesses, but not at the expense of residents (see #1, above). The goal must be to reduce the overall tax burden, so we can increase growth as to increase revenue. The increased growth is to be used for the purposes of reducing the disparity in the two-tiered tax system that wrongfully pits businesses against residents.

Read my lips, no new taxes” The Mayor’s tax plan (originally proposed to allegedly reduce taxes) seeks to impose a score of new taxes, to include taxes on gas and another 2½ percent increase on property taxes. New taxes and the threat of constant new means of taxation drives down property values and drives out businesses. More importantly, new taxes (particularly gas taxes) disproportionately hurt the poor and those on a fixed income. The Mayor’s tax plan should be rejected as proposed.

Worcester shall remain fee from government elitism: Worcester is not a controlled society living under a master plan dictated by City Hall. Property rights and creativity shall not be infringed by the whims of government planners. Worcester has so many opportunities for development that must come before taking property by eminent domain. Worcester has a history of getting financially slaughtered in the court (the Med City taking just broke even a few years ago). Worcester cannot afford vanity projects that take decades to pay off and distract from development opportunities.

TIFs are a result of over-taxation and result in crony capitalism: The TIF process benefits out-of-towners that NEVER live up to their obligations. TIF areas should be designated, such as using the Commercial Corridor Overlay as a TIF development area. The application and approval process should be taken out of the political area. It should operate fairly for all with constant audits of any projects accepted or rejected based on clear TIF guidelines. The process should eliminate the any inferences that “friends of the administration” or “super donors” get special treatment.

Open up Main South to commerce: South Main Street has been cut off from the rest of the city. Try getting from the highway or the Canal District from Madison where it turns into Chandler Street at Main Street. You can’t take a left. This poor traffic design cuts off the businesses and residents of Main South. There are too many areas of opportunity for business development in Main South to continue to allow this design. Further, if there was ever an absolute need for a TIF, it would be for a full service grocery store in Main South on Main Street.

More doing, better planning: The Planning Board should not be a black hole for businesses. Revision after revision costs real money. The real killer; however, is time. It should not take a year for an approval for a business to put up a sign. And, despite all the over planning and engineering, the results of the designs and desires of the Planning Board have met with little actual success.

You can’t get there from here: Traffic flow about the City is horrendous. There are so many corridors that could easily be opened up for proper traffic flow. Light sequencing that allows consumers and businesses to travel through the City timely is an economic necessity. Time is finite, poor traffic design cuts off one side of the city from commerce with the other side and forces consumers to purchase outside of the city.

Buy Worcester: The current programs leave a lot to be desired. The City should seek concessions from new development projects as well as financial institutions to incentivize our teachers, police officers, fire men and women, and other city employees to live, engage in commerce, and pay taxes in Worcester. Our city employees should be able to purchase and rent property in Worcester. The City would be better served to recoup some of its employee tax dollars by having the employees living with us. Our employees are among the best and brightest. The City would be better served with them living in our neighborhoods.

Operational is not Capital: The City budget is for operating costs, not capital investments. Every year an Operational Budget and a Capital Budget are approved. At the end of the year, there is often a budget surplus that becomes the City Manager’s slush fund. The money should be returned to the taxpayers, not used for capital investments. The argument that it is a small amount of money is wholly without merit. It is the people’s money, not the City Council or City Manager’s money. Further, reducing the net tax effect on the residents should be the goal of every City Councilor, no matter how small the savings. Even small, incremental tax savings, year over year, compound into larger tax savings. The City’s budget did not grow overnight, it has incrementally increased each year. Taxpayer savings should be on equal footing.

Alternative budget proposals: The City Manager must be called upon to produce more than one budget proposal. The City Manager claims that each department presents several funding proposals that allegedly range from level funding to wish list funding, so preparing alternate statements for review is absolutely possible. The Council shouldn’t be tied down to one proposal, with take it or leave it line items that can easily be reallocated by the City Manager after the budget has been approved.

Audits are awesome: On a regular cycle, every department should be audited to ensure that their spending is in line with the monies allocated by the budget approved by Council. Any monies not allocated by the budget process should not be allowed without a full budget review, not add it line items after the fact. Any monies allocated, but not used, shall returned to the taxpayers.

This is by-far not an exhaustive list of opportunities for the city, but it is a start.

Of course, I expect another campaign season of social justice nonsense and a competition on who is the nicer person instead of real issues and ideas.

The truth is, what’s wrong with Worcester might just be that it lives in denial of its own reality.