Worcester has solved its economic woes with Diverse Business Directory!

Worcester has solved its economic woes with Diverse Business Directory!

With economic numbers that only North Korea could envy, Worcester’s leadership has finally found a solution.

They created a Diverse Business Directory! According to the Worcester Business Journal:

“The directory, currently featuring just six businesses, is a product of a partnership between City Manager Edward Augustus’ office, several other City Hall business and human rights offices along with the Worcester Regional Chamber of Commerce and Center for Women & Enterprise. . . The directory currently lists the name of the business, contact information and identity of the owner and their unique diversity identifiers, including if they’re a woman, minority of a member of the LGBTQ community.”

This solves all the real problems in Worcester:

Nothing wrong with supporting minority owned businesses, but featuring them above others just seems discriminatory and counter to its own purpose. 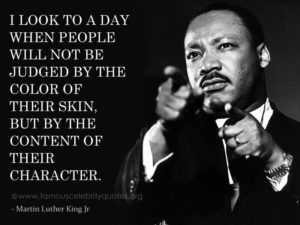 But, the city leadership really put some effort into this policy:

“Over the last year, a series of six focus groups were held with diverse stakeholders to better understand their needs to help develop the directory.”

Six meetings! Wow. They must be exhausted working on this project, no wonder the city’s economy is falling faster than the Iranian Rial. One can only imagine who the “diverse stakeholders” were.

“’There is evidence to suggest a trend in consumer behavior whereby consumers are making spending decisions consistent with their values, including intentional spending with underrepresented disadvantaged business owners,’ Chief Development Officer Michael Traynor said in a public document.”

Hate to break the news to Worcester’s elite, every business in Worcester (except their rich friends that get tax breaks) is disadvantaged by their poor economic policies.

If your local politicians, members of the Chamber, and city management cared about minority businesses in this social media driven environment, they would simply frequent the establishments, post reviews, and drive traffic to those businesses. Instead, they show up for the ribbon cutting to get a photo-op and create a website that will about as much traffic as an article in the Worcester Independent Leader…