Worcester’s ballpark and the inevitable fleecing of the taxpayers

Worcester’s ballpark and the inevitable fleecing of the taxpayers

Yesterday, Jay H. Givan at the Worcester Telegram and Gazette posted a blog about the lack of parking in the plans for the Worcester ballpark. It is certainly worth the 10 minutes it will take you to read it.

Here is the Gatehouse Media link to Givan’s blog as the T&G version doesn’t have the comparison photos. (The T&G really needs to step up their game.)

“Polar Park, the upcoming home of what will be the Worcester Red Sox, the AAA affiliate of the Boston Red Sox, is planned to be a 10,000 seat stadium with 350-500 parking spaces.”

In the blog, Givan also cites an article by the Worcester Business Journal wherein a courageous business owner in the Canal District points out that the ballpark will essentially make it impossible for the regular customers to frequent her establishment because there will be no parking. Here is the link.

Is it really possible that the developers missed such a major flaw in the design?

The answer is absolutely not!

What you need to understand is while Worcester’s leadership and City Manager Ed Augustus are cognitively challenged, they are a very cunning bunch of schemers.

The cat was accidently let out of the bag back in November when Worcester Magazine published a propaganda piece to deflect on the issue of land takings for the building of the ballpark.

May god forgive me for linking a Worcester Magazine article, but here it is if you want to verify.

The article even included a Janet Reno moment by “Honest” Ed Augustus, wherein he was quoted saying:

“We went to fast. The right hand didn’t know what the left hand was doing. Blame me. I’m the boss, I’ll take responsibility for it.”

His right hand knew exactly what his left was doing – shame.

The city revealed that it planned to take a few “extra” properties than had been originally mentioned, but they got caught when someone actually read the filings.

“The modification comes after an initial filing with MEPA, in which an additional, but unidentified, 18 buildings were listed as among those to be demolished in the city’s Canal District. Several properties, some of them popular, well-known destinations, are included in the amended revitalization plan, which extends the original plan’s boundaries to include property to be acquired to allow for the construction of a new ballpark that will house the Worcester Red Sox starting in 2021.

However, confusion reigned over which properties might be among those targeted for demolition. The expanded boundaries in the revised plan include such notable spots at Smokehouse Urban Barbecue, 139 Green St., and Burger King, 163 Madison St.”

It wasn’t a mistake.

They knew that the project would never get approved if they announced from the beginning that they would be demolishing half of the canal district for parking.

They also knew that if the cost included another $30+ million to build a parking lot ($21 million was the estimated cost for the Union Station garage over a decade ago) as well as an additional $15+ million in land acquisition costs, that they would have pushed the price too high to sell to Worcester’s residents.

Once the ballpark is built and a lack of parking destroys local business, the city will simply spend more money to acquire land and build a parking lot in response to a crisis it created. Sure beats trying to sell a $140-150 million dollar AAA baseball park to the voters. Even the local media might have made a peep or two.

A 10,000 seat ballpark with parking costs $150 million, not $101 million. And to get fans to come to games, parking is free. The Las Vegas AAA ballpark cost $150 million and they will be providing free parking to get fans to attend games. Here is the article. 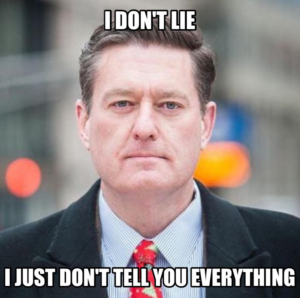 “Honest” Ed Augustus isn’t going to outright lie, he’s just not going to tell the full truth. He left the door wide open back in November for further takings:

“Asked whether, in fact, any buildings in the amended renewal plan could be demolished, Augustus said, ‘Not without a process. I want to remove the specter that we’re going to come and take properties without public process.’

When it was suggested the city could, at some point, take additional properties by eminent domain and demolish them under the Urban Renewal Plan, the manager said, ‘The city has eminent domain powers period … Look, this thing was confused because people were moving too fast.’”

There would be a “process”, but we will still take the property – it has always been the plan.

The parking lot is simply being slow walked so that the actual costs as well as size and scope of the ballpark aren’t released all at once. If Worcester knew how much viable property and money was going to be thrown at this project from the start, it would have never been approved.

The only thing that moved too fast was the truth – they always intended to take more and spend more.