Losses mounting Rep. Jim McGovern gets angry and vicious in his tweets

Losses mounting Rep. Jim McGovern gets angry and vicious in his tweets

Things haven’t been going well for Rep. Jim McGovern over the past two weeks. The Mueller report flopped, the Trump economy continues to destroy expectations with 50 year lows in unemployment and growth rates that beat all forecasts. As a result, McGovern’s tweets have gotten more and more dark and vile along with the language he is using. Here he is attacking the Attorney General William Barr: 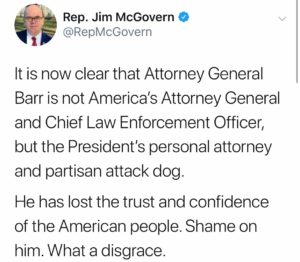 If Trump called someone an “attack dog” or “disgrace” McGovern would scream and cry about decorum.

It is clear that he was upset about the Mueller report results as his twitter is full of derogatory statements about the release of the report and some amazingly lame spin:

No collusion, no obstruction isn’t damning for Trump, but it is amusing to see an old, short, fat, bald guy put on his anger face. Not sure if he is pouting or about to cry. 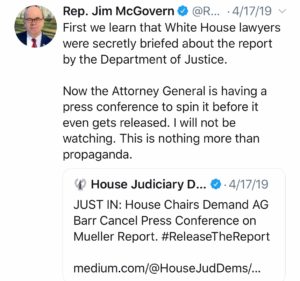 “I will not be watching” is such childishness. But, it is consistent with his tweet I exposed a few weeks ago where he did a video showing him throwing away the budget without reading it.

Apparently, he didn’t like the outrage from veterans and their families that he received over his prior tweets supporting Rep Omar’s 9/11 comments “some people did something” or his prior tweet where the democrats took down the POW/MIA flags to put up LGBTQ flags, so here is his makeup tweet claiming to love our veterans: 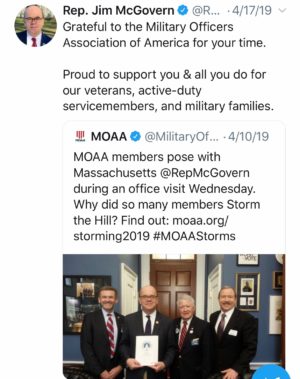 We know he doesn’t care about veterans and just used them for a photo-opportunity. He clearly hates our Secretary of State Mike Pompeo, a former Army officer, whose job it is to protect us from international threats. Apparently, Pompeo’s moves against Cuba for continuing to support the failed communist regime in Venezuela has McGovern throwing out more insults and undermining our national policy as he is worried about his friends in Cuba: 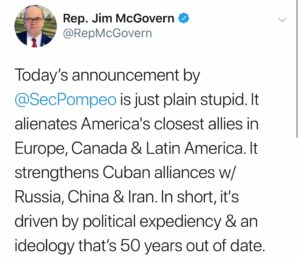 Apparently, if we don’t dance with Cuba, she’ll going running to our enemies. That makes her a slut, not a girlfriend.

As with Obama and Clinton, he fails to acknowledge that innocent Christians were targeted and murdered by Muslims: 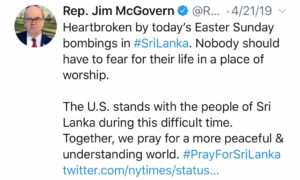 In fairness, he’s been way to busy to have time to send out a proper tweet on the massacre of Christians as he has important work to do: 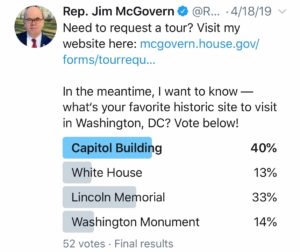 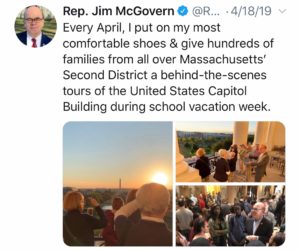 Actually, we’d all be better off if he stuck to giving tours of the Capital. It would save us from his attempt to destroy our healthcare and our economy in the process: 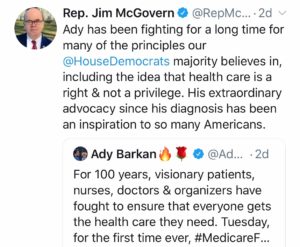 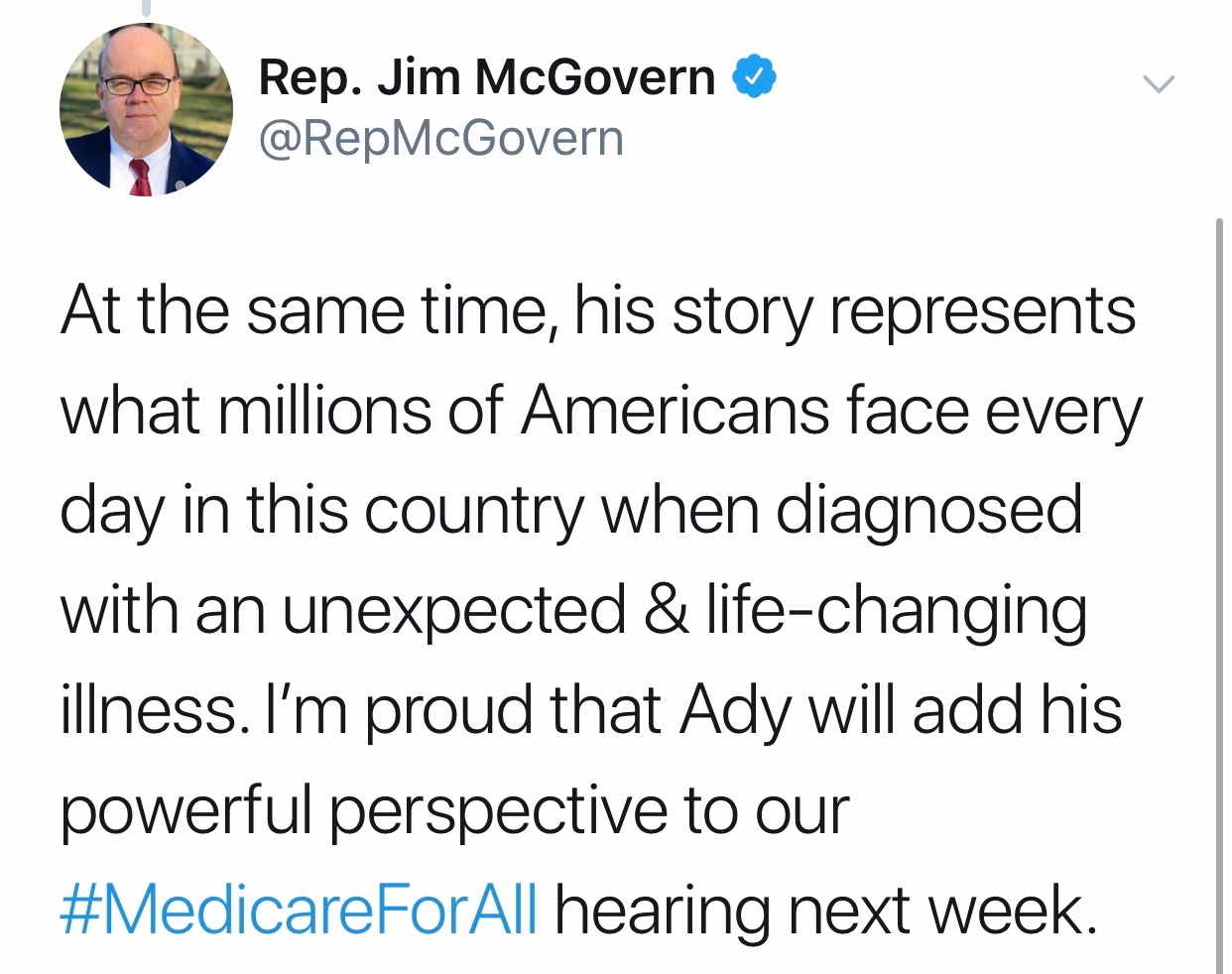 Really classy move, exploiting someone with a disability to force universal health on the rest of us. But, McGovern doesn’t stop there, he also wants Americans to fund the rest of the world’s healthcare: 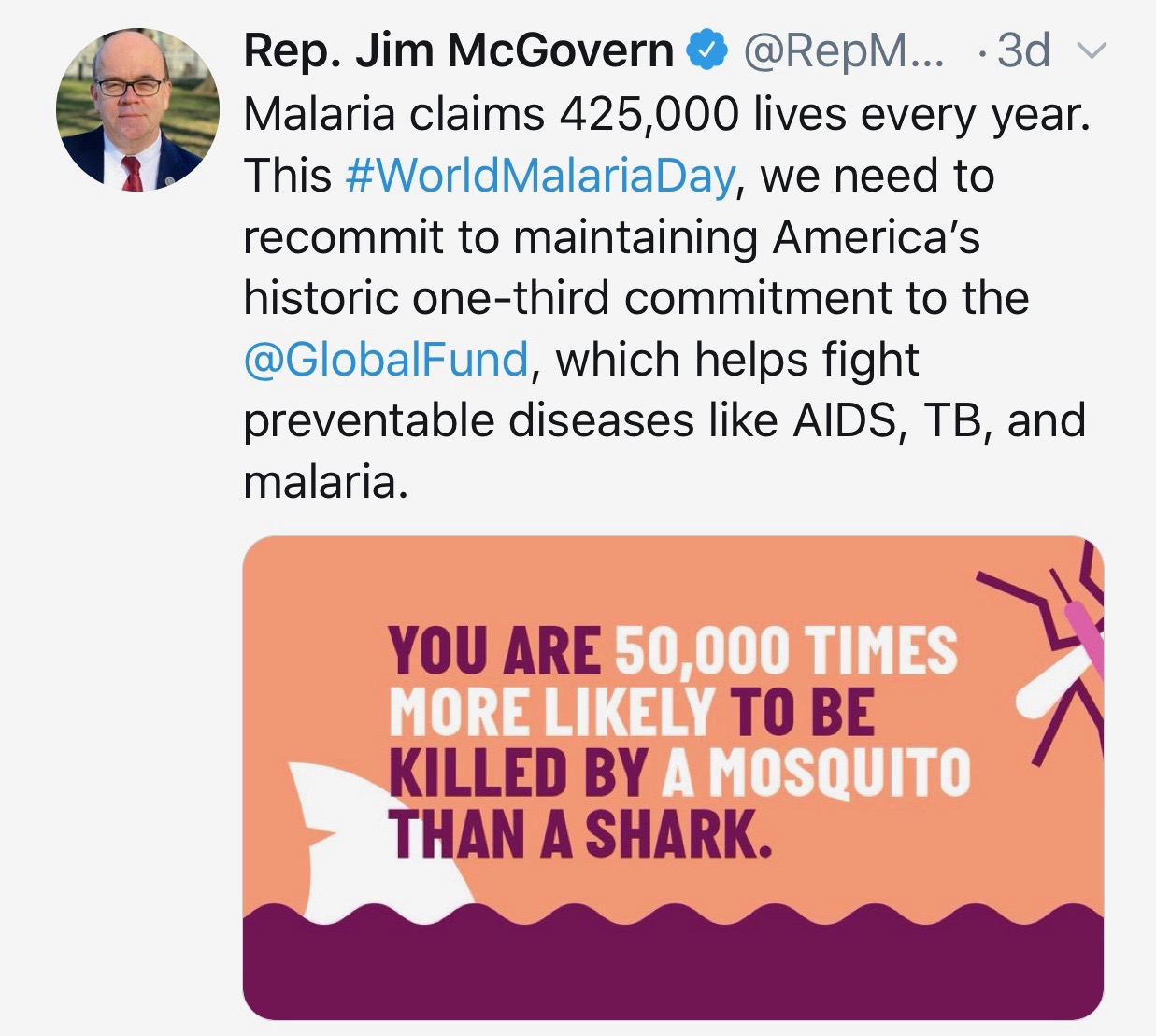 I guess our hard earned money is just a piggy bank for McGovern’s pet spending items.

And finally, he continues to push the New Green Deal as if we had $93 trillion sitting around. But, as we’ll already be broke funding universal healthcare for America and apparently the rest of the world, what difference does it make? 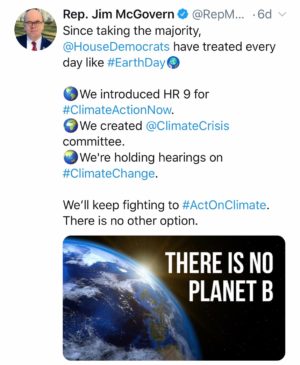 No “Planet B” a take from “Plan B”, the abortion drug. Keeping it classy there McGovern!