Only in Worcester would > 0.0005% growth be declared a “Renaissance”

Home/The Worcester Independent Leader Blog/Only in Worcester would > 0.0005% growth be declared a “Renaissance”
Previous Next

Only in Worcester would > 0.0005% growth be declared a “Renaissance”

In an article published by the Worcester Business Journal today generously titled “Housing starts continue slow pace in Worcester metro area” by Grant Welker destroyed the misleading narrative pushed by the local media and leadership that Worcester is experiencing a “Renaissance”.

And the City Council not only extended the City Manager’s contract but gave him a raise? Over a quarter of a million dollars a year for complete incompetence? 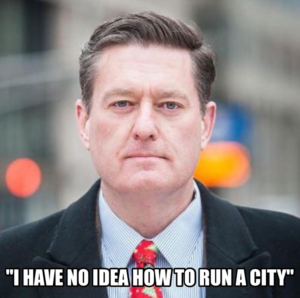 Let’s recap the complete and utter failure of the council and City Manager:

Economic growth of 0.1% and less than 0.0005% housing unit growth in the middle of a booming economy?

It’s nearly impossible to fail this badly without trying!

Is it surprising? The City Manager has been a politician his entire life and very clearly has no idea how to run a city. And the collective economic success of the members of city council is akin to the city’s growth numbers . . . less than zero.

Enough of the fluff-pieces from the local media on a Renaissance in the city. Every single economic measure shows the city is in a recession in the middle of one of the highest growth periods in the U.S. in decades.

Enough of the local media’s minute by minute reporting of the $101 million boondoggle of a baseball stadium that will inevitably be subsidized by the taxpayers.

This council and manager need to be called out on their complete and utter failure. Let’s be honest, if a company produced results this bad the Board of Directors and CEO would be fired.

They have no solutions, except to double down on the same stupidity that got them here. They should all do Worcester a favor and just take off the rest of the year.