Before any of the Aidan-riders get up in arms about me writing a blog about his page views, he specifically asked me to do so (and, as will be shown later, he reached out to me):

He denies ever having a hit counter on his blog, but as you can see in the following screenshots that he asked me to post, there is a hit counter sitting next to the comment counter in each of the blogs: 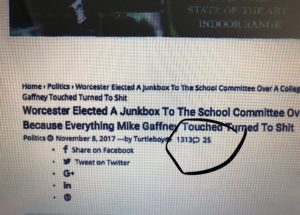 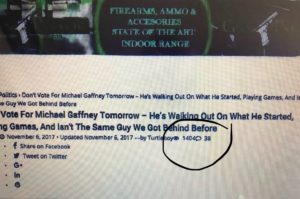 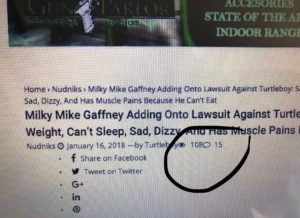 I wasn’t about to pull the file from storage to just to prove that little Aidan lies, it is a well-known fact (he repeatedly lied about his involvement in the blog for over 4 years, then wrote a book admitting he lied – how anyone can believe anything he writes at this point is rather comical). The above are pictures of the exhibits to the Complaint that I had saved as a PDF file.

Of course, little Aidan admitted that he had a hit counter. Here is a picture of the specific admission requests: 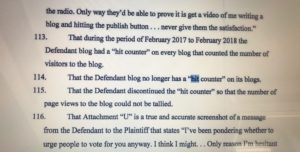 Take note that little Aidan refused to answer the Admissions, so the court ordered them deemed admitted (meaning the answer to each question was “”yes”). The fact that little Aidan wouldn’t answer, tells any non-biased reviewer that he had a hit counter and removed it because of the litigation. 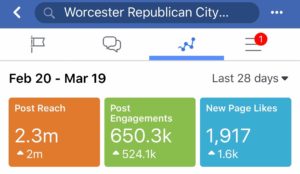 Keep in mind, I don’t care about his page views, but little Aidan insisted I post them. They are really irrelevant as little Aidan has to beg for money on Facebook to pay his mortgage:

Anyway, here is a spreadsheet showing the months of February to August of 2018. The spreadsheet lists each day of each month in the top column. The data under each column is the number of page views reported by the hit counter of the Turtleboy Sports blog. Each column provides a total at the bottom of the daily page views. A final monthly figure is provided with each month from the daily totals. It was rather simple to do, little Aidan used to have a calendar option on his page. All I had to do was click into each day of the month and total the hits on each blog. 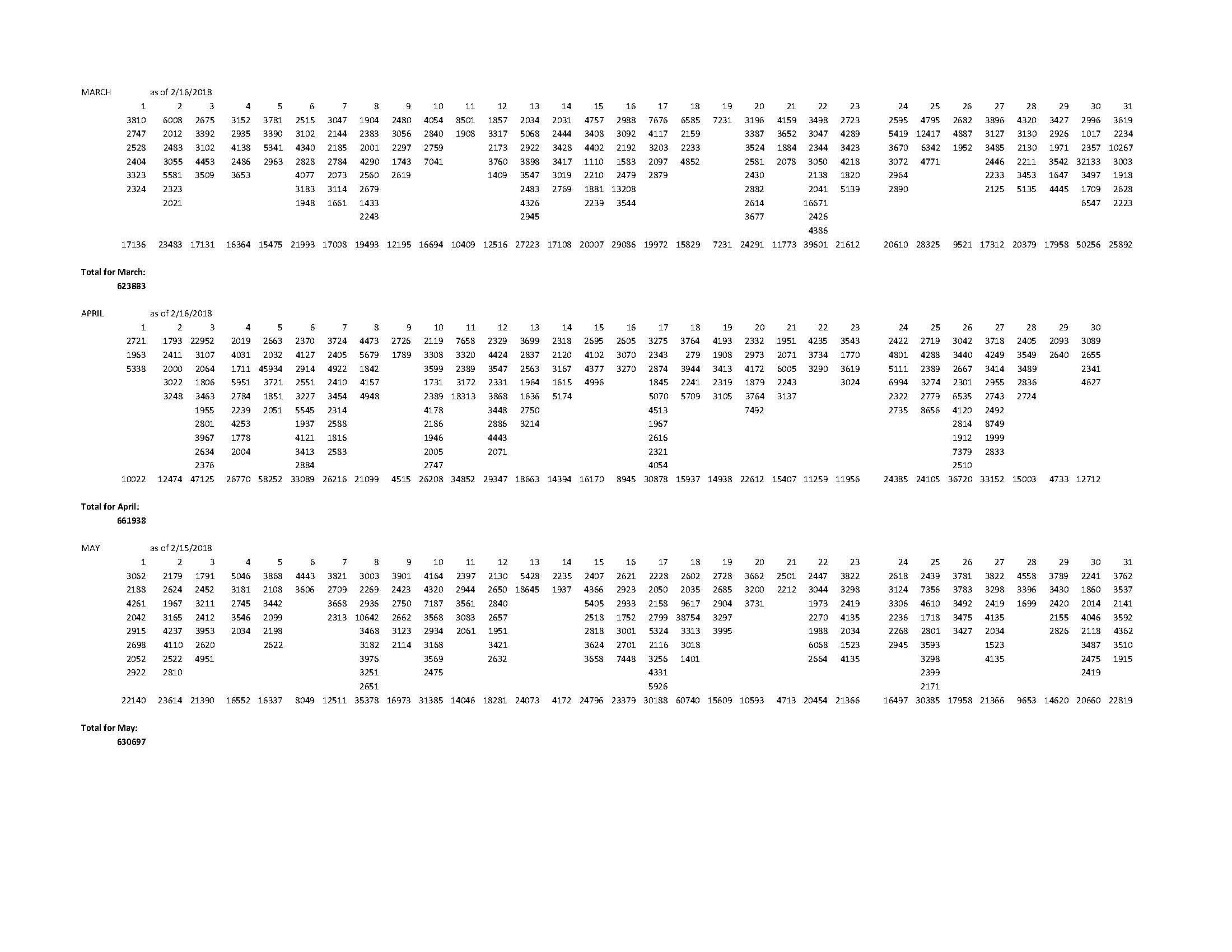 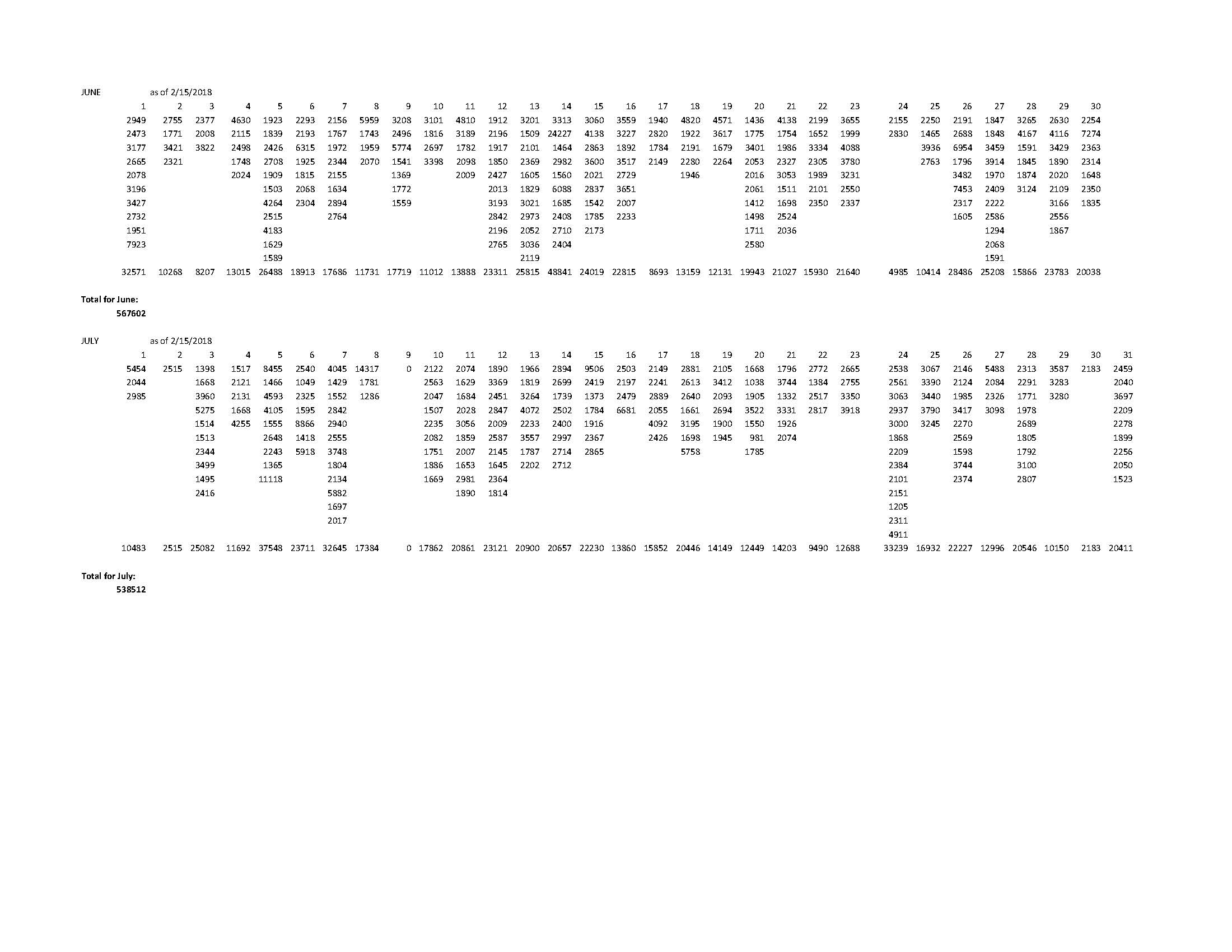 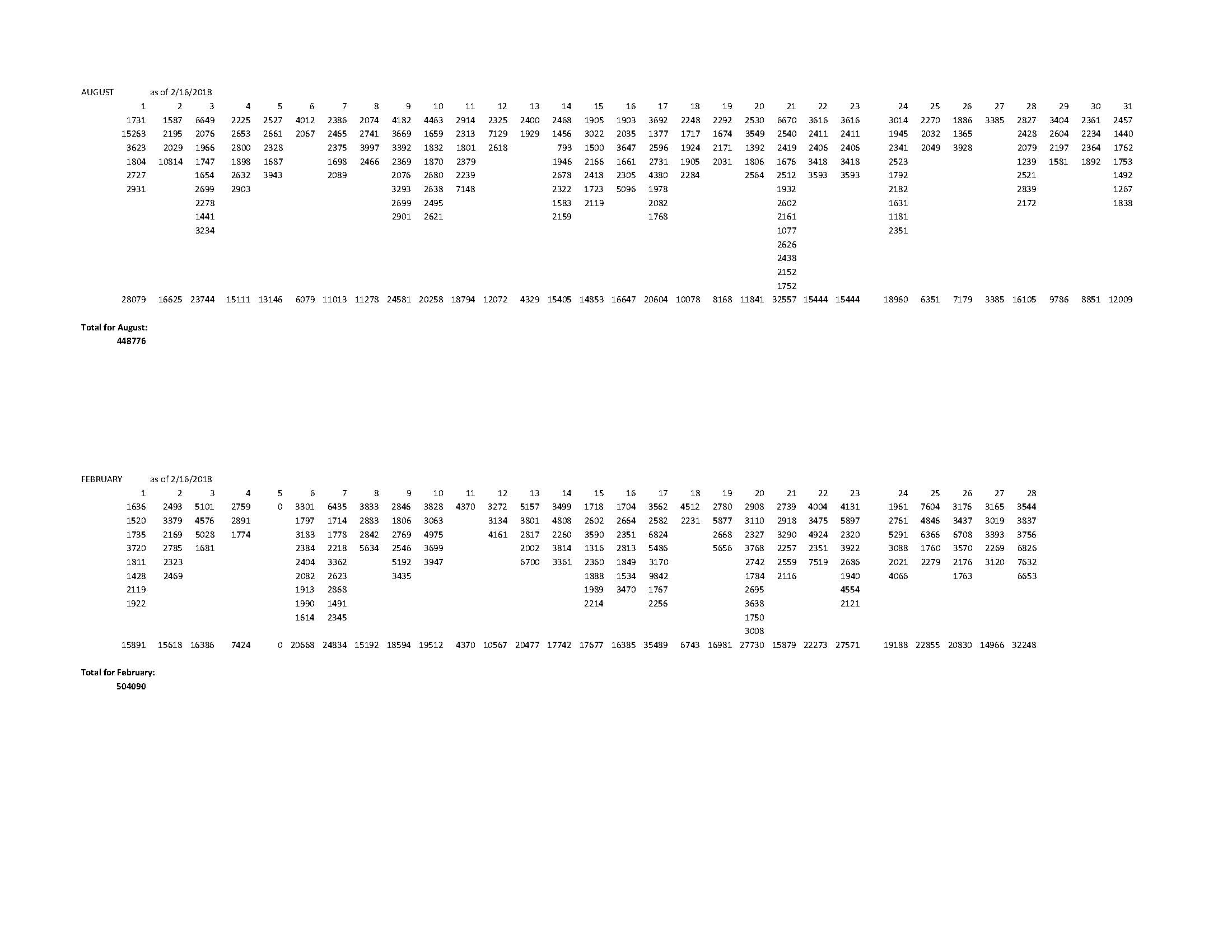 The results are as follows:

Keep in mind that the hit counter will record a hit for every visit; therefore, if someone visits the article multiple times, that is a page view as it triggers the hit counter. Due to technical errors with the blog as outlined the page views calculated by the hit counter are OVERSTATED as readers had to access the blogs multiple times. As little Aidan’s blog is notorious for redirects and drops, it wouldn’t be an overstatement to say that the above results can be cut in HALF.

TAKE NOTE THAT THE ABOVE HIT COUNTER DATA IS FROM WHEN LITTLE AIDAN HAD 100,000+ FOLLOWERS ON FACEBOOK. HE CERTAINLY DOESN’T HAVE CLOSE TO THAT NUMBER NOW!

In sum, little Aidan is a failed blogger that feels the need to overstate his page views. It is clear why he needs to continue to beg people for money on the internet, without advertisers and Google Ads he can’t make money. Mind you, this is his occupation, an for-profit blog solely owned by him.

As I don’t want to be accused of misrepresenting our conversation, here is a complete copy of the screenshots of our conversation (unlike little Aidan, I don’t cut, paste, and take conversations out of order to manipulate the facts). As you can see, today little Aidan sought out and commented on a blog I posted back on Saturday. Apparently I occupy a vary large portion of his small brain: 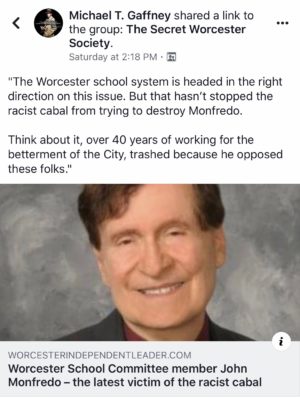 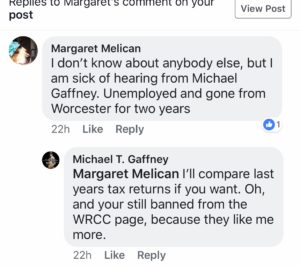 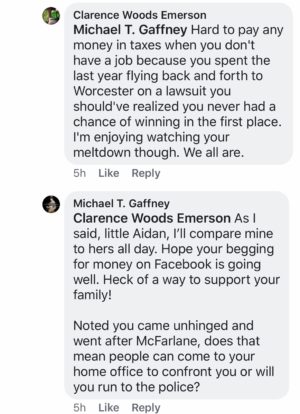 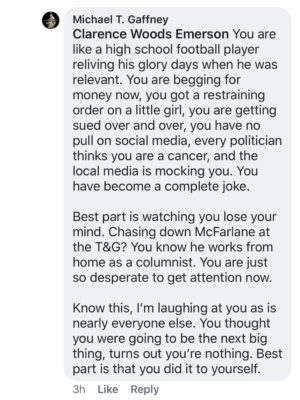 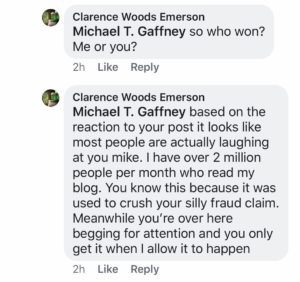 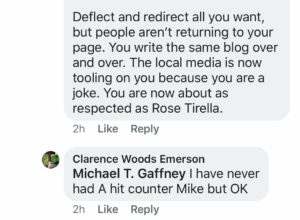 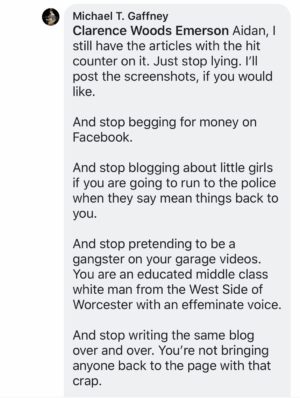 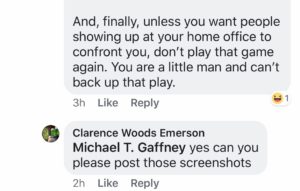 Still waiting to hear from him if it is now okay for people to go to little Aidan’s home office to confront him as he attempted to confront Clive McFarlane at the Worcester Telegram & Gazette.

My guess is that he would run to the police as he did when that 100 pound little woman said mean things to him on Facebook:

She looks so dangerous!

Oh, did he “win” the case against me? Well, only 3 of the 15 blogs were involved, so the entirety of the matter has not been litigated, but if being dead broke, exaggerating the size of your page views, and begging for money is “winning” then I’ll gladly take the “loss.”

Again, let me remind you that little Aidan sought me out to engage me in conversation and in that conversation asked me to post this.