West Boylston, MA – You know your town has problems when your state representative is this brilliant piece of work: 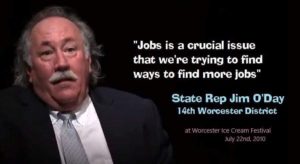 He’s on a hunt to find those jobs that are hiding somewhere, probably with bigfoot and Santa Claus.

If only Rep. Jim O’Day was working for West Boylston instead of playing golf over at the exclusive Tatnuck Country Club with Timothy Rassias, a former hedge fund manager that was sued by the Attorney General’s office back in 2005 for allegedly selling unregistered hedge funds to unqualified buyers. (41 individual investors lost almost all of the $3.5 million they invested. ”These are average middle-class people who suddenly found themselves taken advantage of,” Mr. Galvin said.) O’Day is actually in business with Mr. Rassias, so it isn’t surprising that he has been too busy to do his job. 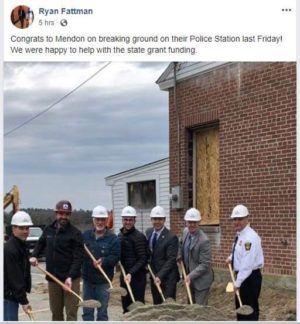 Fattman is a member of the minority party in Massachusetts (aka Republican), how does he get money but O’Day can’t? Hint: he does his job.

West Boylston’s State Senator Harriett Chandler is the Senate Majority Leader, but she was too busy sending $35 million to Lawrence, MA to bother with her own constituents.

So, the tiny town of West Boylston had to cough up over $5 million for a new police station. They also decided to fork over another nearly $6 million for a senior center as well. One can make a reasonable argument about the spending on both projects, but one cannot explain why the town had to fund so much of the expenditures while its state delegation was handing out money elsewhere or too busy playing golf.

Considering that West Boylston has a declining population, particularly amongst younger adults, it may be time to reconsider some of its spending habits. West Boylston has doubled its tax levy in the last 15 years. (2004 at $9 million, 2019 at $18 million). 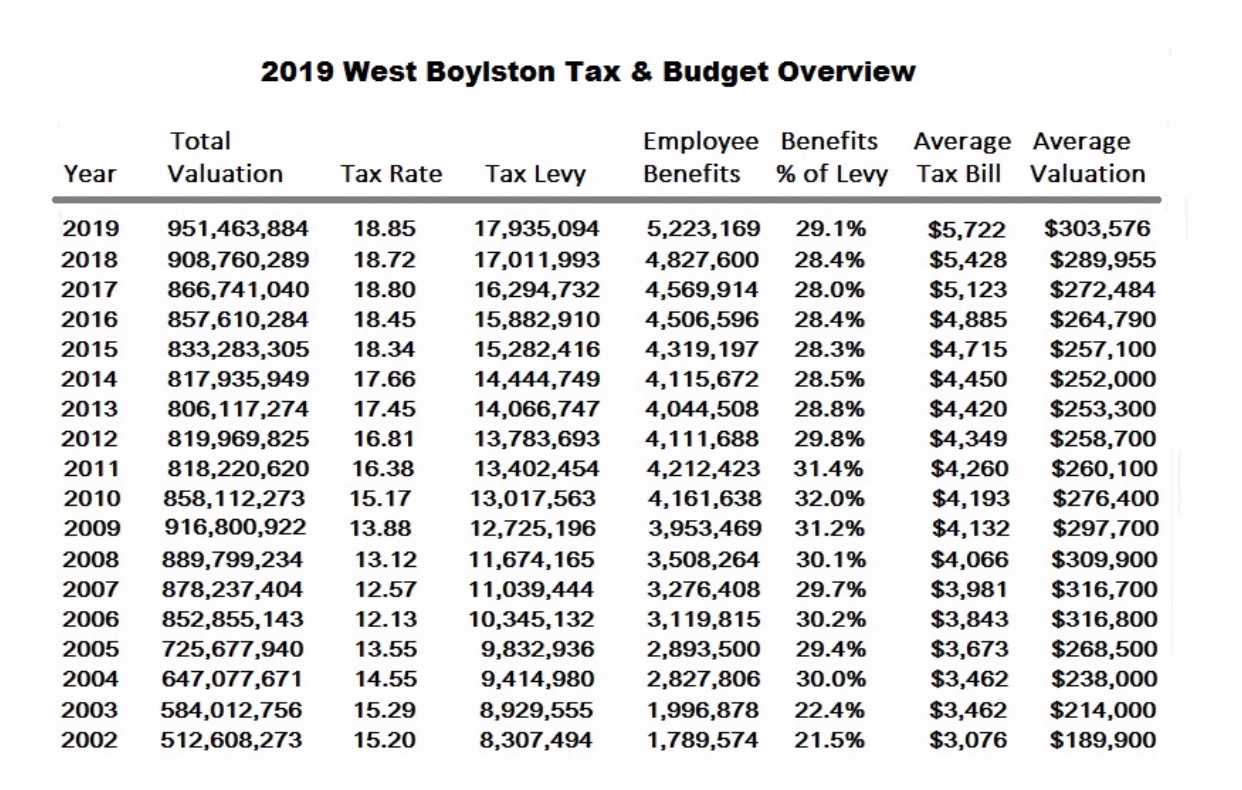 So, despite a declining population, they are spending twice as much money. Inflation hasn’t doubled in 15 years and population is declining. West Boylston clearly has an unchecked spending problem.

Keep in mind that the majority of spending is on the school budget. In the last 15 years (last data available is 2017 on school spending), the school budget increased by over $6 million. Per-pupil expenditure increased from $9,168 to $15,770. Over $6,000 more spent per pupil in the West Boylston schools. Unfortunately, the level of spending has not resulted in proportionately better standardized test scores.

While residents have been shelling out more in taxes, West Boylston’s student population has decreased from 1,140 to 890! Parents are voting with their feet as to the West Boylston school system.

It’s impossible to justify the job that elected members of the school committee and administrators are doing in West Boylston. 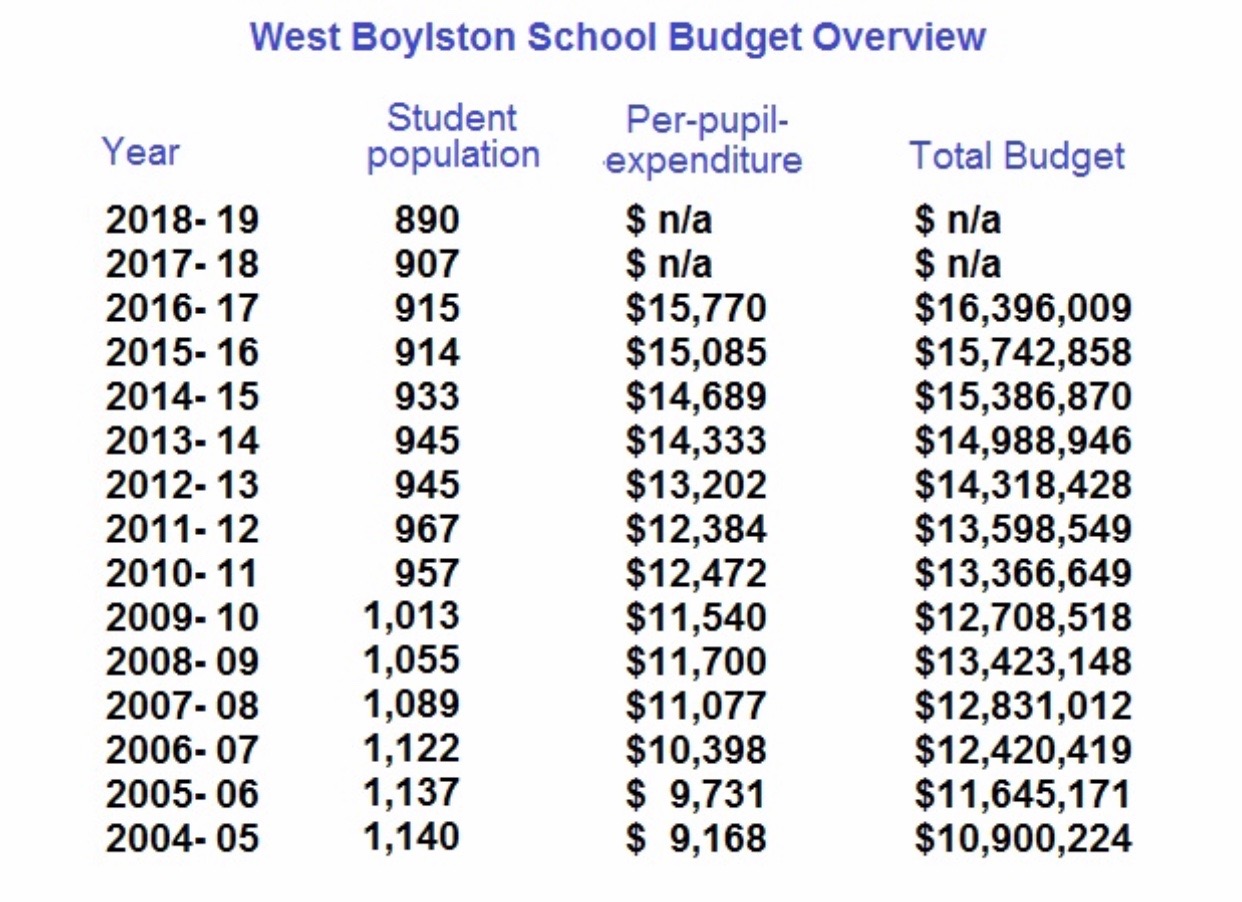 West Boylston has town elections coming up, where the rest of the voters can take a look at the school committee and vote on a ballot instead of with their feet.

It’s also time for West Boylston to address its representation or lack of by its state delegation next cycle.